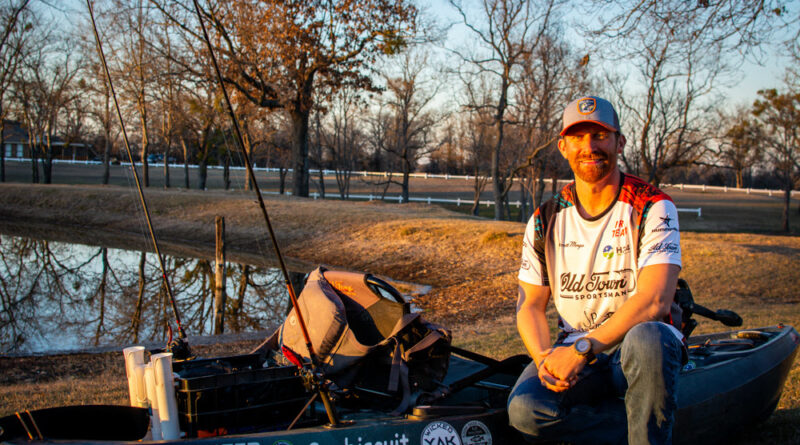 BIRMINGHAM, Ala. — Being a Division I college football kicker can be a thankless job, but former University of Central Arkansas kicker Garrett Morgan of Conway, Ark., learned how to be mentally strong in the face of adversity.

That mental toughness has helped Morgan navigate the first two tournaments of the 2022 Yamaha Rightwaters Bassmaster Kayak Series powered by TourneyX season and grab the lead in the Old Town Angler of the Year race after two tournaments with 484 points.

In the first event of the season at Lake Fork, Morgan claimed his first national-level victory with a two-day total of 10 fish measuring 201.75 inches at a tournament that featured a lowered Lake Fork and frigid temperatures.

“My goal coming into this year was to win a national level event, and to come out to the first event that I signed up for and check that box was huge,” he said. “It made it more special that it was on Lake Fork. It gave me a boost to know I can come out here and compete with those elite anglers. I have always felt like I could.”

Lake Fork has become Morgan’s favorite fishery, and he did something different than a lot of other anglers to seal his first victory.

Morgan decided to fish the rest of the Bassmaster Kayak Series schedule and placed 17th at the next tournament on the Harris Chain of Lakes. He flew to Orlando with only a couple of reels and a bag of tackle, borrowing rods and a kayak from Old Town teammate Jimmy McClurkan.

“I flew in on the Friday before the tournament, and I didn’t get to the lake until 4 a.m. My flight got delayed, and I had to wait in line for a rental car,” Morgan said. “I asked Jimmy to bring me three rods, and I just showed up. I fished the moment and fished the conditions, and I was lucky enough that it worked out and (I) got a limit.”

While he had never been to the Harris Chain before this event, Morgan had spent time fishing the Kissimmee Chain and other Central Florida fisheries on various trips, giving him an idea of what to look for and what the bass do in the postspawn.

“I felt pretty confident, even though I hadn’t been on the lake. In the past, I have hopped off a plane, got in a bass boat and went and caught fish that were postspawn. Maybe I was hardheaded and didn’t really know any better, but I felt like I could go out there and do this. And I was able to make it happen.”

Morgan is no stranger to competing for Angler of the Year titles, having won four straight seasons with the Natural State Kayak Anglers.

“I stepped away from that this year, and I wanted to focus on one trail and see if I could win (the Bassmaster Kayak Series) Angler of the Year,” Morgan said. “I know from winning the local trail, you have to fish all of them. I jumped a lot of hoops to get to Florida, and I didn’t think I would be in the Top 20 like I was.”

While he entered with the goal of winning a tournament, that goal has now evolved into winning the Old Town Bassmaster Kayak Series Angler of the Year race.

“When you get that lead early, it’s like, ‘When am I ever going to have a better chance to chase this?’” Morgan said. “This is my primary focus for the year. I may never start the year out in first place again, so that is now the goal. Let’s go see if we can win Angler of the Year or have fun trying.”

Morgan is within three hours of Grand Lake, the site of the next Bassmaster Kayak Series, and will be able to prefish for the next few weeks. The final two lakes on the schedule, Lewis Smith Lake and Pickwick Lake, are places Morgan has never been to.

“From what I hear, Pickwick can fish to my strengths,” he said. “I’m pretty good at shallow-water fishing. I don’t know a lot about Smith Lake, but I’ve been to some Alabama lakes and done well. I feel like I have some things to learn for sure.”

The Yamaha Rightwaters Bassmaster Kayak Series powered by TourneyX will be back on the water April 16 at Oklahoma’s Grand Lake. In addition to Morgan, the field will feature Largen, multiple-time winner Jim Davis of Tennessee and 2021 Kayak Series Championship winner Mark Pendergraf of Texas. 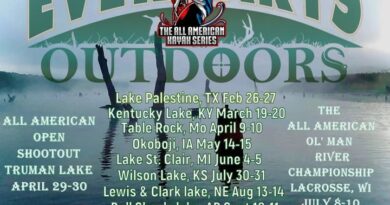 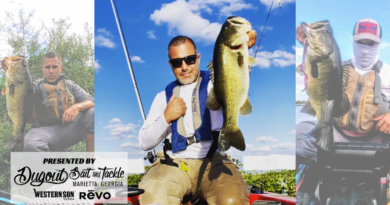 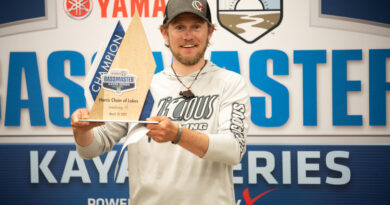