Josh Diehl put up a solid, consistent stringer on his way to 92″ on a tough Pickwick Lake to win the latest BASS Nation Kayak Series event. The victory punched his ticket to next years BASS championship to be held in conjunction with the 2022 Bassmaster Classic. He took some time to share the keys to his victory.

“I covered about 50 miles in 3 days of pre-fishing. I don’t run a trolling motor on my Hobie, so all that work is pedal power. I spent much of my pre-fish looking at imaging scanning for areas where I could put together multiple spots without having to make big hops in distance on tournament day knowing that working against the current and the heat would make for a struggle and cost me time. On the final day of practice, I returned to Pride Landing and dissected the area further, more so than I did on my first visit on my first day of practice. Pride had the best mix of current for my skills, with enough of the right features to support a healthy fish population.” 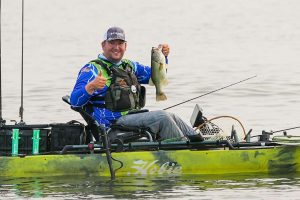 “Working down river of the last island there was long drawn-out ledge that I scanned twice. While scanning the ledge, I noticed some anomalous high spots in the structure plus some close proximity old trees and stumps. In tandem with this neat little ledge was approximately 400 yards of gentle tapering grass flat that just fell off at the ledge. As I scanned the ledge, I annotated a couple of sweet spots to start with for tournament day and was locked into that location. Knowing that I had all that grass, I brought two primary tactics with me on tournament day. A series of worms/jigs for that offshore down ledge bite, and one crank bait rod to work either a deep diving crank or a Strike King Hybrid Hunter, a bait I’ve never had a reason to throw before.”

“For starters, I tied on SK Hybrid Hunter. When I got to my spot, I marked fish on one of those anomalies right away, spun around and cast to them with a worm and got bit on my first cast, and then boated 2 fish right away after, both at about 20 ft. While measuring that second fish, paying attention to my surroundings, I saw a gizzard shad break the surface in the grass, and I fired that Hybrid Hunter in there, and a bass annihilated it. At that point I realized I needed to work the grass harder and found my limit in about 20 mins, breaking 90 in just about an hour and a half or so, and just wrecking them all day long. I caught about 25 fish and lost about 6 or 7 through the day, to include 2 on camera, one which probably would have helped my final bag. The current and the heat seemed to have little impact on my location but as the day wore on I did have to move further down the flat. It was a phenomenal day on the water.” 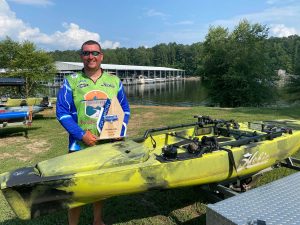 Full standings for the event can be found here: https://tourneyx.com/leaderboard/standings/pickwick-b-a-s-s-nation-kayak-series

You can find more information on the series at: bassmaster.com 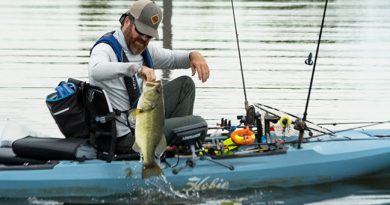 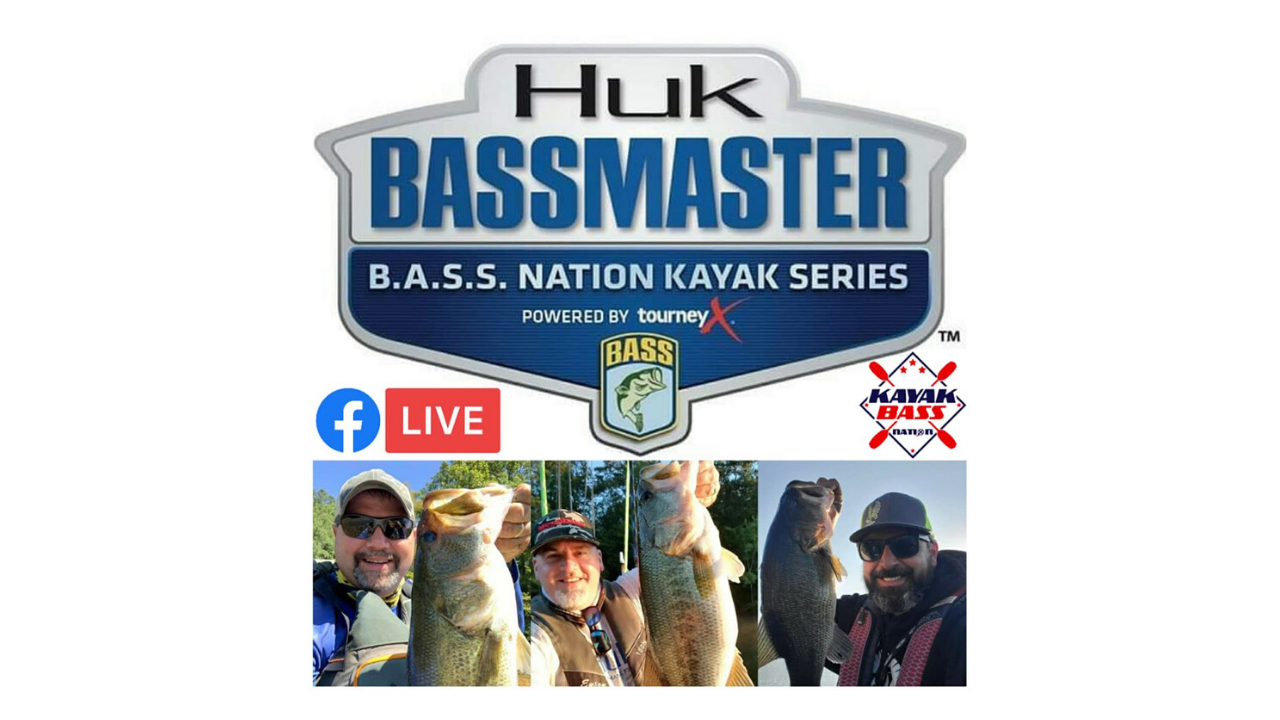 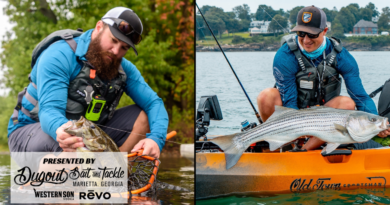