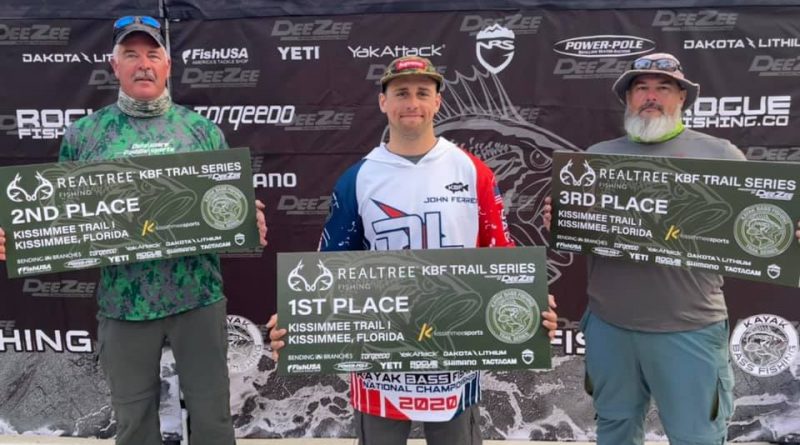 KBF kicked off the 2021 season with multiple events hosted in and around Kissimmee, Florida. Anglers from all over the nation made the drive down to start their respective seasons and possibly escape some cold weather in their home states.

Northeast Angler John Ferreira took the opener on Saturday with a 93″ limit: 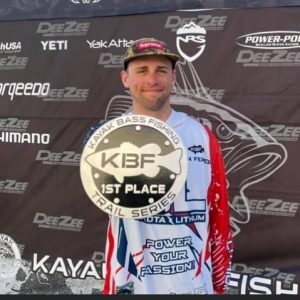 “After making the 20 hour run down from Massachusetts I started my week pre-fishing on Tuesday. I was excited to get on the water, especially because I was jumping in a new Wilderness systems Recon 120 but that’s as far as the excitement got. My bite was SLOW. The rest of the week went exactly the same. Slow and few bites, never catching a limit the four days of practice. With how things went during practice I decided to fish a lake I did the previous year that had done well for me.”

“Come tournament morning, lines in rolls up and I start flipping spadderdock. After an hour and a half, I couldn’t stand the sight of spadderdock because I had been fishing it all week, flip after flip. It’s like fishing a needle in a haystack unless you can find a couple of patches that the fish make their way in and out of. So I made a run to an area I’ve hadn’t fished before. It looked juicy. It was about two football fields long of sparse Kissimmee grass with some other vegetation mixed in here and there in about 4-2 feet of water. Time was flying by and at around 10 o’clock I started chucking a blitz frog and second cast , BOOOM! A 20 inch fish annihilated the frog. Got the fish into the net, and it was on from there. From there on out it was a mixture of fish crushing a frog or a spinnerbait. The experience is still pretty surreal almost a week later. Definitely a big thanks to every one at KBF for top tier events as always, My Fiancé for taking care of our son and letting me pursue this and Dakota Lithium for the best batteries out there.”

Reigning angler of the year Rus Snyders captured trail #2 on Sunday with 94.25″: 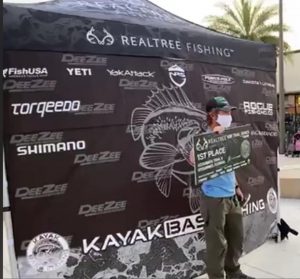 “On Saturday I was flipping a 3/8 sweet beaver in areas with reeds mixed with pads. Most fish were hitting it on the fall. Day two I tried the same thing, but was getting less bites, and the bites I was getting were when the beaver was sitting on the bottom for a while. I made the switch to a 1/4 oz z-man mag fatty. The bottom was very silty and figured since the mag fatty floats it wouldn’t get lost in the silt as bad when sitting on the bottom. The fish also moved off the bank a bit and were hiding in isolated clusters of pads. I had to fish a lot slower and dead stick the bait at times.”

Running in concurrence with both the trail events was the KBF Tenvitational, that title was captured by Tennessee angler Josh Sharp. He narrowly held off fellow Tennessean Rus Snyders by just a quarter inch with 184.75″ over two days. 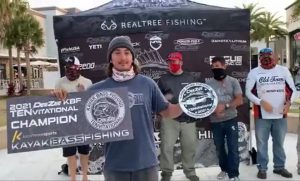 Weather delayed the start of The Ten until later in the week where the twelve qualified anglers faced off for the title. Jody Queen stayed steady over two days and added yet another trophy to his trophy case, putting up 166″ over the two day event. 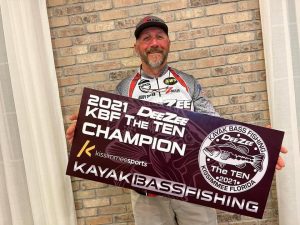 (There was also a college series event that had no entrants) 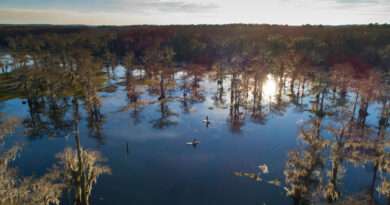 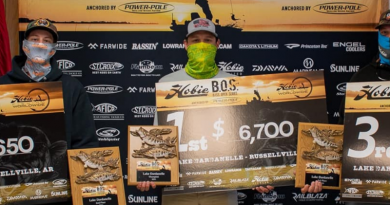 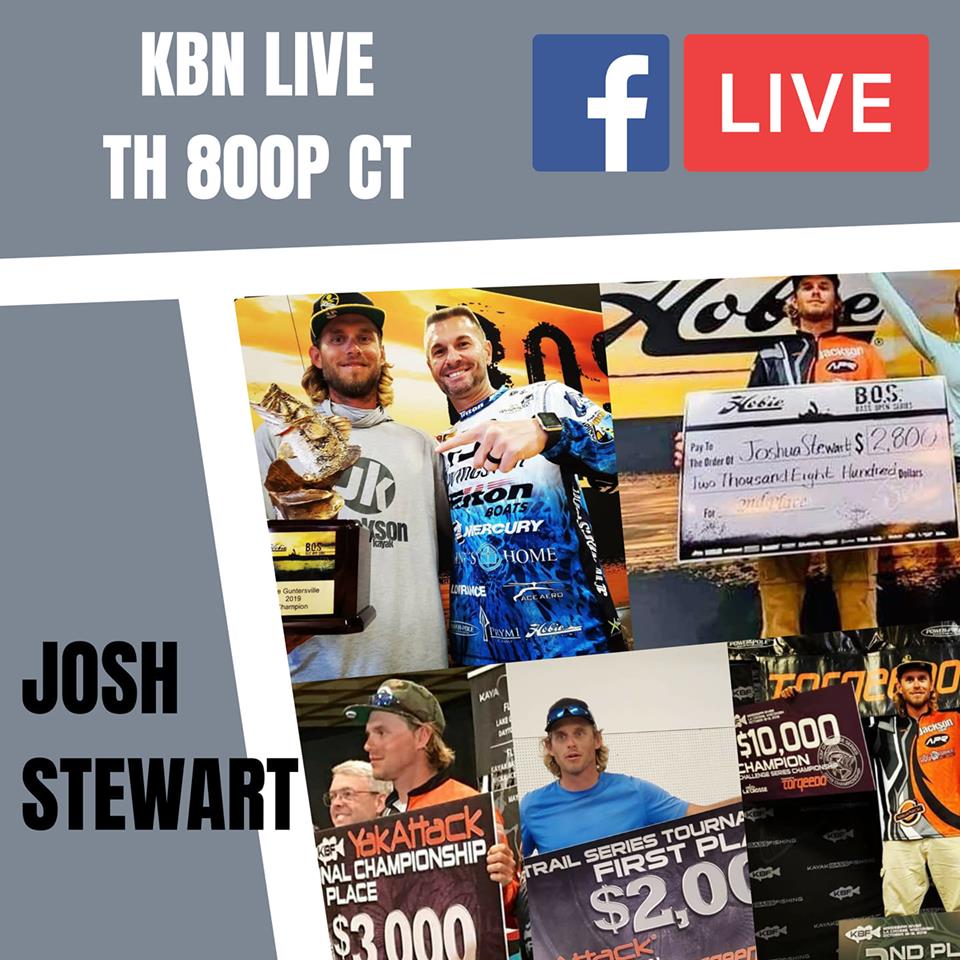